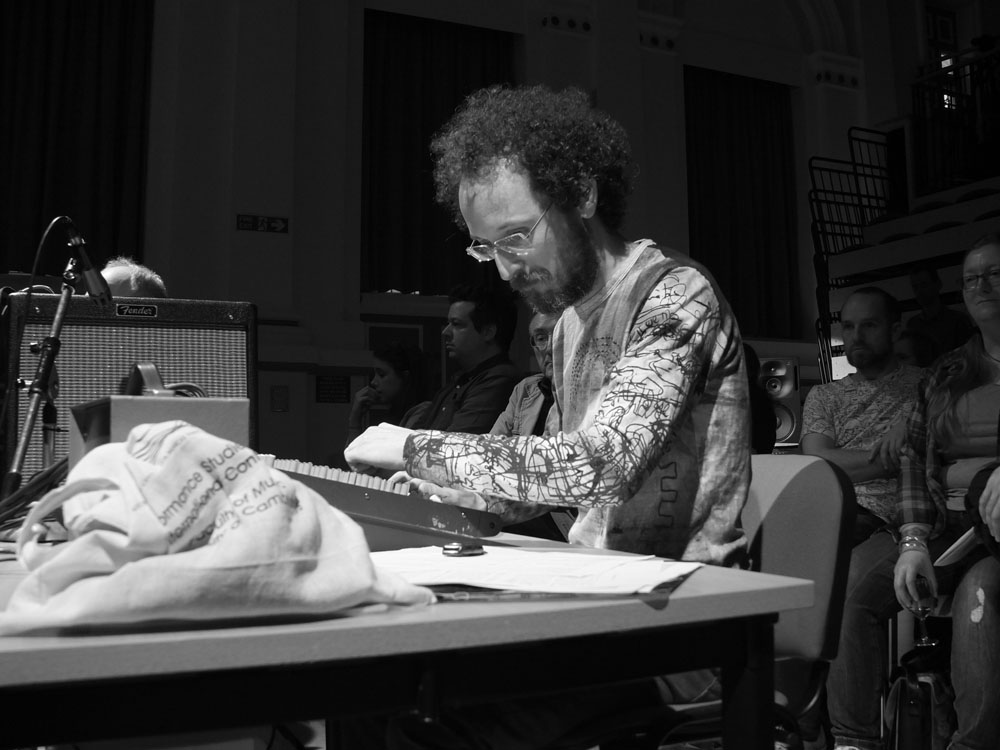 Grey Area Performs: Hugh Davies, Stockhausen, Wolff, Green - 23 May 2015
A concert of music by, or related to the work of, Hugh Davies, staged at University of Leeds on 23 May 2015 as part of the AHRC-funded project 'Hugh Davies: Electronic Music Innovator.' More information on the project: https://hughdaviesproject.wordpress.com

Audience comments:
"I'd never seen a cardboard box being used in a concert like that before, especially liked it in the Stockhausen."
"It was a ravishing experience, like witnessing the mutant insectoid nanoborg horde test terraforming weapons on a largely gaseous moon orbiting a tense planet"